Games are a great way of entertainment and it’s good for time pass and have fun. In the last few years, Android games have become very popular faster than gaming consoles. There is no fast speed internet connection everywhere in the world but many Android games are internet-based. Many Android mobile games do not play without a data connection.

Keeping in mind the irregular gamers which are made of video games, these games are called casual games. Any kind of games can be in a casual game.

Big Little Farmer This is not a common farm game. You can play it offline all day without an internet connection, it will give you lots of fun. Build your farm with Big Little Farmer, cultivate and harvest your crop plants. The Big Lite Farmer is a free offline game that is one of the best Farm Games in the Play Store and the iOS Store.

This is not a fighting or racing game. Here you have to build a farm business with bakehouse and dairy products. If you complete your order through the supply truck, you can progress to the game. In this farm, you can grow corn, canola, cotton, and wheat. Big Little Farmer games will give you the taste of poultry farm and livestock production.

To lead the game, you have to do business in Bakery Products, dairy products, and garments. You have to grow and cultivate the farm in day and night to be a happy farmer.

In this game you will not find any straw for the livestock, you will have to prepare their feed in a feed mill. There is also a delivery system with a transport truck that will help you sell your products.

This is an offline game you can play this game any time as you like. The game player can create a farm as his will and raise the livestock of his favorite. FARMVILLE 2 game is designed in such a way that it will definitely make you appreciate.

The game player can create a farm as his will and raise the livestock of his favorite. FARMVILLE 2 game is designed in such a way that it will definitely make you appreciate it.

Action games strengthen the physical challenges of a video game section. This genre has several sub-categories, such as War Games, Shooter Games, which are widely considered as the most important action games. Although there are multiplayer online war fields and some real-time games that are considered to be war games.

Each team has six players, seven pistols, four submissions, three shotguns, and many more weapons to win the war. Offline mood features will allow you to play games without an internet connection as you play online games.

Control of Special Forces Group 2 is very user-friendly. There are D-Pad on the left side, and on the right side are a target, jump, and reload. When you shoot, make sure a scope on the enemy, then your aim will be perfect.

When you play in single-player mode, the Artificial Intelligence Bot of Special Forces Group 2 will give you the experience of fighting with real enemies. You can get all of ta he original counters strikes weapon in this game. Special Forces Group 2 is one of the best first-person shooter games to an Android game.

The eternium action game is most wanted RPG and amazing adventure game on a smartphone. Its graphic interface will satisfy the user. You do not have to buy any coins or gem to play this game. You can play it like others free games but there is an optional matter of the purchased or not.

Eternium is a player-friendly RPG action game, It has “tap to move” option and “swipe to cast” control. You can play this game offline but you need an internet connection to download some content, you can play it offline when the required file is downloaded.

Gem is the main Currency of the game is that you can collect them from the enemy or from the quests. There is no limitation of Stamina or Energy. You can achieve the good things about the game by playing not paying. You can use two weapons in this game and save yourself with a shield.

If your teammate is knocked out, you can revive him and you can heal yourself if your health decreases. You have to find out which armor you have in fit with your arms. Those who like action games will always want to play it.

Sports Games were originally designed in the form of our real-game games and for this reason, these games have been named Sports Games.

The football game is a very popular game at present. With the improvement of technology, it is now available on your smartphone which will give you the fun of playing real football. You can make your own team here in your mind. This game’s control is very good, which is completely different from other action games.

You can just swipe off the shot or pass it to your teammate. At each level of the game, you have to complete the mission in the game. The theme of this game is “Be The Hero”. Show your legendary status by passing, shooting and scoring the Score! Hero.

“Score! Hero” will give you an amazing mobile soccer experience. In this game, you will find 600 challenging levels that will fulfill your dream of a dramatic career. It is very easy to play this game but it is very tough to master. You can customize your hero player and give unique look. You can connect with Facebook and compete with your closest friend.

The game is free to play but you will have to pay to buy some additional content items.

This game will use Internet data while downloading additional game contents, you can close the Internet connection after downloading.

USA’s Bureau of Labor Statistics research has found that we spend an average of five hours a day playing in sports and leisure activities. Good sports apps can save us a lot of time. Good sports games are now integrating advanced graphics and a better control system.

Electronic Arts is a giant in the game world, the games made by them are very good acceptance for the game lover Madden NFL Overdrive Football and they have a unique creation.

EA’s keeps updating Madden all the time to retain its standard. The interesting thing here is that in the 3-minute match, fantasy-style scoring is used.

A rolling game is a game where the player is given a character with a character for playing games.

It allows you to play offline or online for free. Graphics of Inotia 4 are very attractive and gameplay is very smooth and user-friendly. This is a simple game that will be very good to pass your time.

In this game you will find some characters, you can choose any character you like, every character has a unique and special power. If you want to save the progress of your game, you can register an account. It is very easy to play and you can download it from the Google Play Store for free on your Android phone.

There will be an advertisement in the free version but there will be no ads in the paid version. There is a problem with this game and you need the internet connection to download the required files. Many people did not like the background music of this game much.

Fire Emblem Heroes a free strategic RPG battling game for smartphone. Fire Emblem Heroes is played in a war-fighting role-playing game developed by intelligent systems and Nintendo for iOS and Android devices. Nintendo’s released this game on the market in the first quarter of 2017 and earns 50 million dollars in just 20 days. It did not stop here, just by earning 16.8 million in September.

It’s easy to predict about one month’s income. It’s a popular roll game. Japanese players are still counted as the main player base and 55% of the players spend the game all the time. Only in September of 2017, Japanese players spent behind the game, 9.1 million dollars, this revenue is 54% of the gross earning of this game. It has been downloaded 426,382 times. Fire Emblem heroes’ apk You can download from the Play Store for free.

Fire Emblem Heroes is a real strategy game made of two kingdoms war tactics with its Storyline. Fire Emblem Heroes also has a few bad parts. You can spend a lot of money here but there no five stars any characters that will not get. Fire Emblem heroes apk It does not work for most of the time when you share any stuff with your friend ID. There are other issues that you have that friend list id many times you cannot fight with them.

Racing games are among the best of some of the popular games on mobile games. The best games in racing most popular games are racing cars, racing games etc. If you find an opponent to compete, then the racing game is a perfect game for you. Racing games will give you the real riding and racing experience. We have selected the best racing games for Android. Get to ready yourself for an exciting time because of its race time.

The Asphalt 8 Racing Video Game is the market in 2013 which develops Gameloft Barcelona. Gameloft is one of the most popular names in the world of games. Asphalt 8 is one of the best additions to Gameloft’s Asphalt series. It comes to the market on August 22, 2013, for Android and iOS.

Asphalt 8 airborne download game you can play full free. asphalt 8 airborne will give you the breathtaking enchantment. This game is very challenging and fun. The colorful graphics of the game will never tire your eyes. Asphalt 8: Airborne game is a very good racing game to spend leisure time.

Asphalt 8: Airborne game will require a good mobile phone for your game because it will require 1.5 GB RAM for your phone to play smoothly. Asphalt 8: In the Airborne game you will find a bike and it will only get you to the level determined. If you want to play an ad-free game, you have to buy the game.

CSR Racing 2 is a free play mobile game that produces Boss Alien and NaturalMotion Games. This game is originally designed for Android and iOS mobile phones which come in the market in June 2016. It can now play on all platforms like iOS, OS X, Android, and Microsoft Windows.

You can play CSR Racing 2 game multi-player or in single player mode. When Apple App Store is released in 2012, it earns revenue of $ 12 million in just one month. Since 2012, one of the top 10 sports competitions. On April 15, 2013, it is available for Android phones and tablets.

CSR2 will give you the feeling of real drag racing. The CSR Racing 2 race track will bring you to your hand. Among the other supercomputer you get, LaFerrari, McLaren P1, Koenigsegg and much more. You can play these games with your friend and you can make friends of other players in the game. CSR Racing 2 game.

We will always try to keep this post updated and your feedback on this post will be appreciated. 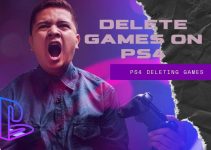